"Detailed measurements made by the satellite have shown that the fluctuations in the microwave background are about 10% stronger on one side of the sky than those on the other."

"Cosmic microwave background could hold clues about the Big Bang
A team of physicists has claimed that our view of the early Universe may contain the signature of a time before the Big Bang.

The discovery comes from studying the cosmic microwave background (CMB), light emitted when the Universe was just 400,000 years old.

Their model may help explain why we experience time moving in a straight line from yesterday into tomorrow.

Details of the work have been submitted to the journal Physical Review Letters.

The CMB is relic radiation that fills the entire Universe and is regarded as the most conclusive evidence for the Big Bang.

Although this microwave background is mostly smooth, the Cobe satellite in 1992 discovered small fluctuations that were believed to be the seeds from which the galaxy clusters we see in today's Universe grew. Every time you break an egg or spill a glass of water you're learning about the Big Bang

Dr Adrienne Erickcek, from the California Institute of Technology (Caltech), and colleagues now believe these fluctuations contain hints that our Universe "bubbled off" from a previous one.

Their data comes from Nasa's Wilkinson Microwave Anisotropy Probe (WMAP), which has been studying the CMB since its launch in 2001.

Their model suggests that new universes could be created spontaneously from apparently empty space. From inside the parent universe, the event would be surprisingly unspectacular.

Describing the team's work at a meeting of the American Astronomical Society (AAS) in St Louis, Missouri, co-author Professor Sean Carroll explained that "a universe could form inside this room and weâ€™d never know".

The inspiration for their theory isn't just an explanation for the Big Bang our Universe experienced 13.7 billion years ago, but lies in an attempt to explain one of the largest mysteries in physics - why time seems to move in one direction.
Nasa's WMAP has been studying the CMB since 2001

The laws that govern physics on a microscopic scale are completely reversible, and yet, as Professor Carroll commented, "no one gets confused about which is yesterday and which is tomorrow".

Physicists have long blamed this one-way movement, known as the "arrow of time", on a physical rule known as the second law of thermodynamics, which insists that systems move over time from order to disorder.

This rule is so fundamental to physics that pioneering astronomer Arthur Eddington insisted that "if your theory is found to be against the second law of thermodynamics I can give you no hope; there is nothing for it but to collapse in deepest humiliation".

The second law cannot be escaped, but Professor Carroll pointed out that it depends on a major assumption - that the Universe began its life in an ordered state.

This makes understanding the roots of this most fundamental of laws a job for cosmologists.

"Every time you break an egg or spill a glass of water, you're learning about the Big Bang," Professor Carroll explained.

In his presentation, the Caltech astronomer explained that by creating a Big Bang from the cold space of a previous universe, the new universe begins its life in just such an ordered state.

The apparent direction of time - and the fact that it's hard to put a broken egg back together - is the consequence.

Much work remains to be done on the theory: the researchers' first priority will be to calculate the odds of a new universe appearing from a previous one.

In the meantime, the team has turned to the results from WMAP.

Detailed measurements made by the satellite have shown that the fluctuations in the microwave background are about 10% stronger on one side of the sky than those on the other.

Sean Carroll conceded that this might just be a coincidence, but pointed out that a natural explanation for this discrepancy would be if it represented a structure inherited from our universe's parent.

Meanwhile, Professor Carroll urged cosmologists to broaden their horizons: "We're trained to say there was no time before the Big Bang, when we should say that we don't know whether there was anything - or if there was, what it was."

If the Caltech team's work is correct, we may already have the first information about what came before our own Universe."

This theory of the variable speed of light was—and still is—controversial. Visit Health Finesse for exclusive talks on this concern. 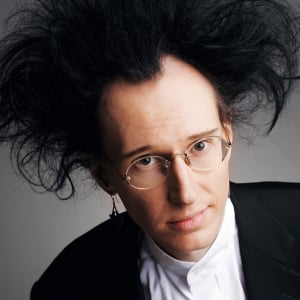