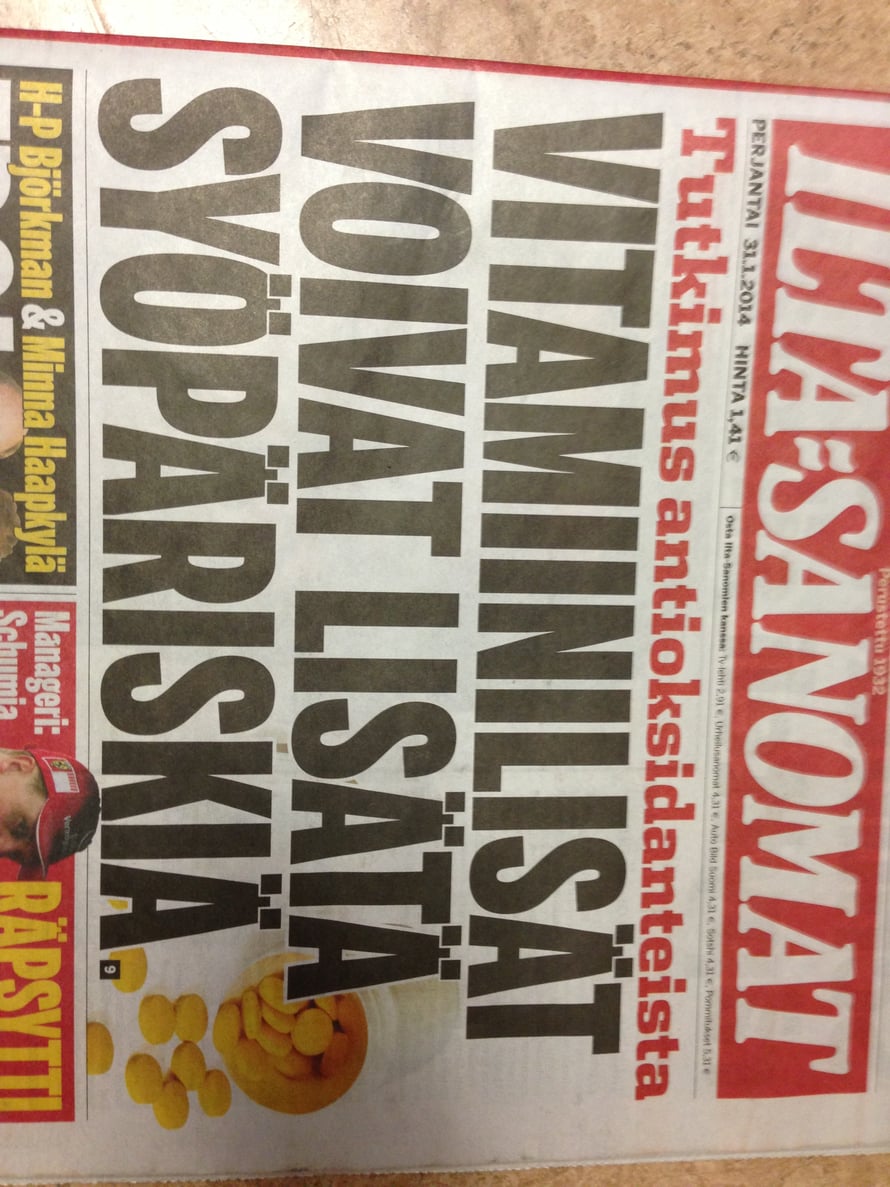 “A lie can travel half way around the world while the truth is putting on its shoes.”

"In conclusion, β-carotene, vitamin E, and possibly high doses of vitamin A supplements are harmful. Other antioxidants, folic acid and B vitamins, and multivitamin and mineral supplements are ineffective for preventing mortality or morbidity due to major chronic diseases. "

Nutrition has been known for ages to shield the immune system against several formulations that deregulate normal DNA repair mechanisms, and induce tumorigenesis. Vitamins and in specific Vit E and its members tocopherols (α-, β-, γ-, δ-) and tocotrienols (α-, β-, γ-, δ-) have demonstrated strong association with the prevention of cancer and inhibition of tumor, both in vitro and in vivo. Vitamin E has also demonstrated effective role against chemotherapy resistant cancer cell evolution and a protective role in acute interstitial disease. Several formulations of Vitamin E have been investigated conjugated with different carriers as nano-formulations and administered in different forms. Additionally, several tumorigenic pathways have been investigated separately in an effort to identify which member of Vitamin E inhibits efficiently every pathway. Vitamin E presented efficiency against specific subhistology types of lung cancer. Finally, in the current work up to date information regarding novel formulations with Vitamin E and inhibition pathways are going to be presented and commented.

In a study published in The New England Journal of Medicine in 1994, 29,000 Finnish men, all smokers, had been given daily vitamin E, beta carotene, both or a placebo. The study found that those who had taken beta carotene for five to eight years were more likely to die from lung cancer or heart disease.

Two years later the same journal published another study on vitamin supplements. In it, 18,000 people who were at an increased risk of lung cancer because of asbestos exposure or smoking received a combination of vitamin A and beta carotene, or a placebo. Investigators stopped the study when they found that the risk of death from lung cancer for those who took the vitamins was 46 percent higher.

Then, in 2004, a review of 14 randomized trials for the Cochrane Database found that the supplemental vitamins A, C, E and beta carotene, and a mineral, selenium, taken to prevent intestinal cancers, actually increased mortality.

Finally, last year, a Cochrane review found that “beta carotene and vitamin E seem to increase mortality, and so may higher doses of vitamin A.”

What explains this connection between supplemental vitamins and increased rates of cancer and mortality? The key word is antioxidants.

Antioxidation vs. oxidation has been billed as a contest between good and evil. It takes place in cellular organelles called mitochondria, where the body converts food to energy — a process that requires oxygen (oxidation). One consequence of oxidation is the generation of atomic scavengers called free radicals (evil). Free radicals can damage DNA, cell membranes and the lining of arteries; not surprisingly, they’ve been linked to aging, cancer and heart disease.

The likely explanation is that free radicals aren’t as evil as advertised. (In fact, people need them to kill bacteria and eliminate new cancer cells.) And when people take large doses of antioxidants in the form of supplemental vitamins, the balance between free radical production and destruction might tip too much in one direction, causing an unnatural state where the immune system is less able to kill harmful invaders. Researchers call this the antioxidant paradox.

"A much more important issue is that more than 90 percent of people in the U.S. have inadequate levels of vitamin E in their diet."

Elderly people with high serum vitamin E levels are less likely to suffer from memory disorders than their peers with lower levels, according to a study published recently. According to the researchers, various forms of vitamin E seem to play a role in memory processes.

Studies investigating the link between vitamin E and memory disorders have usually focused on a single form of vitamin E, namely α-tocopherol, which is also used in vitamin E supplements. However, vitamin E exists in eight different natural forms, tocopherols and tocotrienols, all of which have antioxidant properties.

Phase I safety trial of intravenous ascorbic acid in patients with severe sepsis.

Parenterally administered ascorbic acid modulates sepsis-induced inflammation and coagulation in experimental animal models. The objective of this randomized, double-blind, placebo-controlled, phase I trial was to determine the safety of intravenously infused ascorbic acid in patients with severe sepsis.

Intravenous ascorbic acid infusion was safe and well tolerated in this study and may positively impact the extent of multiple organ failure and biomarkers of inflammation and endothelial injury.

This study demonstrates for the first time that the anticancer activities of ascorbic acidare due, in part, to ROS-dependent repression of Sp transcription factors.

p-Benzosemiquinone appears to be a major causative factor of cigarette smoke-induced oxidative protein damage that leads to apoptosis and lung injury. The pathophysiological events are prevented by a moderately large dose of vitamin C.

Histopathology of lung sections of guinea pigs exposed to CS showing progressive lung damage and prevention by moderately large dosage of vitamin C. A, Histology of lung sections of guinea pigs fed 1 mg or 15 mg vitamin C; Air, sham controls exposed to air; CS, exposed to CS; stained by hematoxylin and eosin. The number of guinea pigs used in each group was 4. Eight images were analyzed in 4 lung sections (2 images/section/animal) from each group (magnification ×10). B, C, Morphometric Measurements of the number of alveolar air space and surface density (S/V). Values are ± S.D. S/V has been calculated by the formula S/V (surface density) = π/4 × P/A, where P is the mean perimeter (contour length) of air space and A is the area of air space [6]. The number of air spaces and the S/V values calculated after 7, 14 and 21 days of smoke exposure are significantly less (p < 0.05)than that observed after 1 day exposure; * over the bars (Fig. 1 C) indicate p < 0.05 with respect to controls.

This intuition is the basis for the a huge and powerful nutritional supplements industry, which makes billions of dollars each year selling multi-vitamins and high-dose supplements in a bewildering variety.

Benign prostatic hyperplasia (BPH) is a disease that impairs the well-being of many aged men. To alleviate BPH symptoms or to find a cure for this disease, key molecules should be identified that control prostate cell proliferation. Recently, HIF-1alpha has attracted attention in this context, because it is highly expressed in hyperplasic prostates and prevents prostate cell death. Thus, given that vitamin C inhibits HIF-1alpha expression in several malignant tumors, we examined its therapeutic potential in BPH. HIF-1alpha was noticeably induced by testosterone in prostate cells, and this HIF-1alpha induction was abolished by vitamin C. Vascular endothelial growth factor (VEGF) promoter activity reporter assays and semi-quantitative RT-PCR revealed that vitamin C inhibited HIF-1-dependent VEGF expression. Furthermore, HIF-1alpha suppression by vitamin C was rescued by knocking down HIF-prolyl hydroxylase-2, suggesting that vitamin C destabilizes HIF-1alpha via prolyl hydroxylation. Moreover, vitamin C treatment abolished cell proliferation induced by testosterone treatment to the control level. These results suggest that vitamin C inhibits testosterone-induced HIF-1alpha expression and by so doing effectively prevents prostate hyperplasia. In male rats, testosterone treatment for 4 weeks induced prostate hyperplasia. Furthermore, HIF-1alpha and VEGF levels were significantly elevated in hyperplasic prostates. In vitamin C-treated rats, however, most prostate hyperplasia parameters and prostrate HIF-1alpha/VEGF levels were markedly reduced. Accordingly, our findings indicate that vitamin C could be further developed clinically for use as an anti-BPH agent.

This study was performed to determine the chemopreventive and antioxidant status of multivitamin and mineral (0.01% in drinking water, ad libitum) supplements in 1,2-dimethylhydrazine (DMH)-induced experimental colon carcinogenesis. Experimental colon carcinogenesis wasinduced in male albino Wistar rats by injecting DMH (20 mg·(kg body mass)(-1)) once weekly for 15 consecutive weeks, and administering amultivitamin supplement in 3 regimes (initiation, post-initiation, and entire experimental period) for 32 weeks. We studied lipid peroxidation products (thiobarbituric acid reactive substances, lipid hydroperoxides, conjugated dienes) in the circulation and in the tissues, antioxidantstatus (superoxide dismutase, catalase, glutathione peroxidase, glutathione reductase, and non-enzymatic antioxidant-reduced glutathione) of the tissues, aberrant crypt foci (ACF), and histopathological alterations. DMH-induced rats had an increase in lipid peroxidation products and a lower antioxidant status compared with control animals. Multivitamin and mineral supplementation during the initiation, post-initiation, and the entire study period significantly decreased the levels of lipid peroxidation products in circulation and colonic tissues, significantly elevated the activities of the antioxidant enzymes and reduced glutathione to near normalcy in DMH-induced rats. The incidence of ACF was reduced by [corrected] 84.1% in rats supplemented with multivitamin and minerals for the entire study and prevented the colonic tissue from histopathological alterations induced by DMH.

Vitamin C and survival among women with breast cancer: A Meta-analysis.

Studies were identified using the PubMed database through February 6, 2014 and by examining the references of retrieved articles. Prospective studies were included if they reported relative risks (RR) with 95% confidence intervals (95% CIs) for at least two categories or as a continuous exposure. Random-effects models were used to combine study-specific results.

Beast cancer patients with high levels of vitamin D in their blood are twice as likely to survive the disease as women with low levels of this nutrient, report University of California, San Diego School of Medicine researchers in the March issue of Anticancer Research. 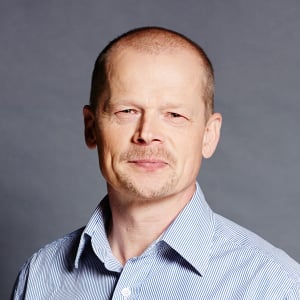