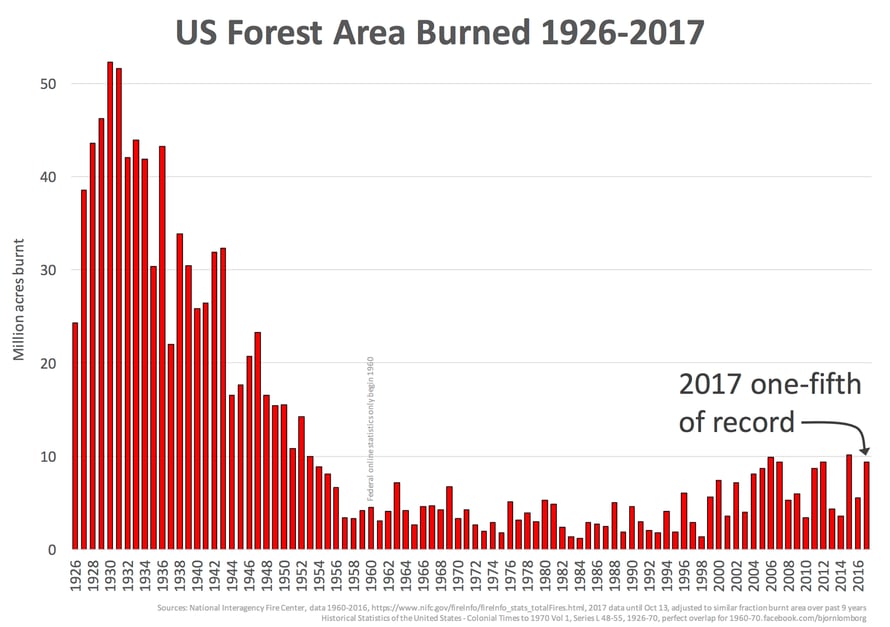 "The highest degree of fire synchrony occurred from 1660 to 1710,coincident with the longest and warmest phase of the AMO during the past five centuries."

"The highest degree of fire synchrony occurred from 1660 to 1710,coincident with the longest and warmest phase of the AMO during the past five centuries."

Map of states and counties affected by the Dust Bowl between 1935 and 1938:

"The Dust Bowl exodus was the largest migration in American history within a short period of time. Between 1930 and 1940, approximately 3.5 million people moved out of the Plains states; of those, it is unknown how many moved to California." 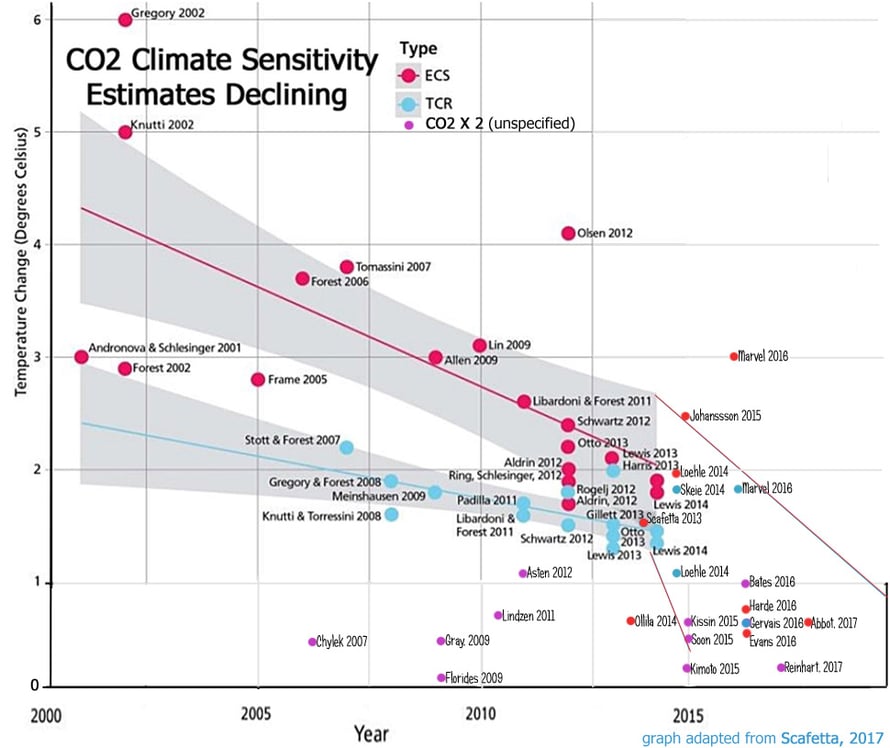 Under the U.S. Global Change Research Act of 1990, the federal government has been charged with producing large National Climate Assessments (NCA), and today the most recent iteration has arrived. It is typical of these sorts of documents–much about how the future of mankind is doomed to suffer through increasingly erratic weather and other tribulations. It’s also missing a few tidbits of information that convincingly argue that everything in it with regard to upcoming 21st century climate needs to be taken with a mountain of salt.

The projections in the NCA are all based upon climate models. If there is something big that is systematically wrong with them, then the projections aren’t worth making or believing.

The chart shows predicted and observed tropical (20⁰N-20⁰S) temperatures in the middle of the earth’s active weather zone—technically the mid-troposphere, roughly from 5,000ft to 30,000ft elevation. The predicted values are from the 102 climate model realizations from 32 different base model groups. These models are from the most recent science compendium of the UN’s Intergovernmental Panel on Climate Change (IPCC), and is the most comprehensive set available. Data for the chart were recently published in the Bulletin of the American Meteorological Society.

3: Climate change beyond the next few decades will depend primarily on the amount of greenhouse gases emitted globally. We control our fate.

4: Our near-term choices over the next few years will determine our nation's temp. The United States could warm between 3-10°F. Our choice.

6: The oceans are warming, retaining about 93% of all excess heat from human activity. The oceans will rise this century, between 1-8 feet.

7: Sea level rise will increase the frequency and extent of extreme flooding associated with coastal storms like hurricanes and nor’easters.

8: The rate of ocean acidification is unparalleled in at least 66 million years. Major oxygen losses have also occurred in the ocean.

9: Global CO2 has surpassed 400ppm, a level not seen in ~3 million years. Since 2000, rising CO2 is consistent with a worst-case scenario.

10: There is no geologic analog to current rate of human-produced CO2 emissions in at least 50 million years. (perhaps all of Earth history)

11: There is "virtually no chance" of limiting global warming to "safe" levels below 3.6°F (2°C) without meeting the Paris goals."