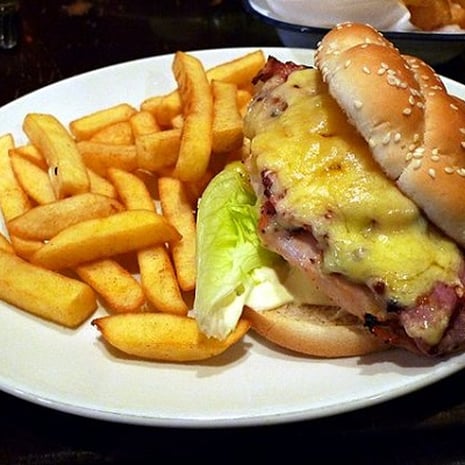 The Influence of Dietary Fat Source on Life Span in Calorie Restricted Mice.

Calorie restriction (CR) without malnutrition extends life span in several animal models. It has been proposed that a decrease in the amount of polyunsaturated fatty acids (PUFAs), and especially n-3 fatty acids, in membrane phospholipids may contribute to life span extension with CR. Phospholipid PUFAs are sensitive to dietary fatty acid composition, and thus, the purpose of this study was to determine the influence of dietary lipids on life span in CR mice. C57BL/6J mice were assigned to four groups (a 5% CR control group and three 40% CR groups) and fed diets with soybean oil (high in n-6 PUFAs), fish oil (high in n-3 PUFAs), or lard (high in saturated and monounsaturated fatty acids) as the primary lipid source. Life span was increased (p < .05) in all CR groups compared to the Control mice. Life span was also increased (p < .05) in the CR lard mice compared to animals consuming either the CR fish or soybean oil diets. These results indicate that dietary lipid composition can influence life span in mice on CR, and suggest that a diet containing a low proportion of PUFAs and high proportion of monounsaturated and saturated fats may maximize life span in animals maintained on CR.

Note. A more complete pyramid would insert Metabolic and Physiologic Studies, perhaps below Case Series, and Ecological (or Correlation including Migrant Studies), above Case Series. The inclusion of 'Editorials, Opinions' is obviously problematic – it depends on what evidence these are based on!

A new Danish-led research suggests that signs of brain aging can be postponed in mice if placed on a high-fat diet. In the long term, this opens the possibility of treatment of children suffering from premature aging and patients with Alzheimer's and Parkinson's disease. The research project is headed by the Center for Healthy Aging, University of Copenhagen and the National Institute of Health.

A new research project headed by the Center for Healthy Aging, University of Copenhagen and the National Institute of Health has studied mice having a defect in their DNA repair system. In humans, this defect causes the disorder Cockayne syndrome, where patients prematurely age as children and die at an age of 10-12 years. The study shows that placing a mouse model of Cockayne syndrome on a high-fat diet will postpone aging processes such as impaired hearing and weight loss.

"The study is good news for children with Cockayne syndrome, because we do not currently have an effective treatment. Our study suggests that a high-fat diet can postpone aging processes. A diet high in fat also seems to postpone the aging of the brain. The findings therefore potentially imply that patients with Alzheimer's and Parkinson's disease in the long term may benefit from the new knowledge," says Professor Vilhelm Bohr from the Center for Healthy Aging, University of Copenhagen and the National Institute of Health, who has headed the study.

Our brain has a constant need for fuel in the form of either sugar or so-called ketones. Ketones are the brain's fuel reserve, and, in particular, play an important role in periods of low blood sugar levels, e.g. if you are fasting. This is because the body breaks down fat if it needs sugar, and during this process it produces ketones. The researchers see a particular positive effect when the mice are given the so-called medium chain fatty acids -- e.g. from coconut oil.

"In cells from children with Cockayne syndrome, we have previously demonstrated that aging is a result of the cell repair mechanism being constantly active. It eats into the resources and causes the cell to age very quickly. We therefore hope that a diet with a high content of coconut oil or similar fats will have a beneficial effect, because the brain cells are given extra fuel and thus the strength to repair the damage," says postdoc Morten Scheibye-Knudsen from the National Institute of Health.

The study has just been published in the scientific journal Cell Metabolism.

The role of menopause and reproductive senescence in a long-lived

While our research provides little support for menopause evolving to

showing that menopause and long post-reproductive lifespans are not a human phenomenon.