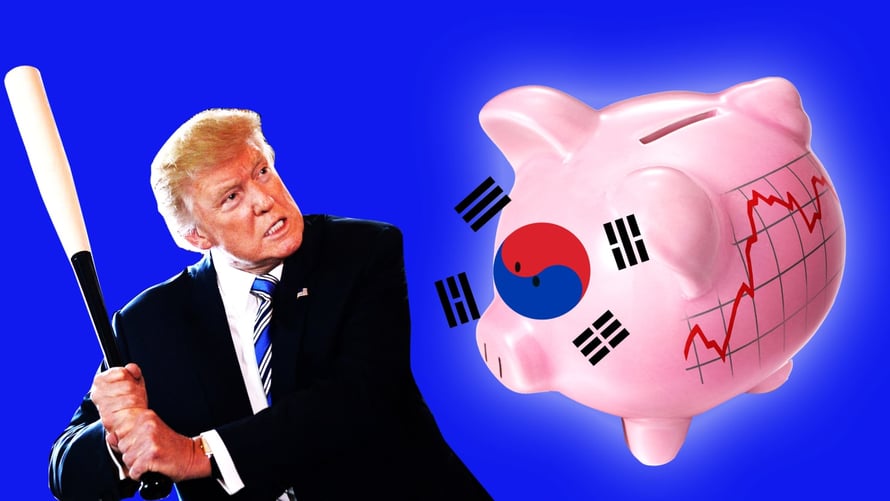 "In 2002, George W. Bush imposed tariffs — which are essentially a tax imposed on imported items — on steel in an attempt to revive the industry in the United States.

“This relief will help steelworkers, communities that depend on steel, and the steel industry adjust without harming our economy,” Bush said in a statement at the time.

The opposite largely occurred as a result: job losses, material shortages, production delays and increased costs."

"There were 200,000 job losses from Bush's steel tariffs, according to a study by the Trade Partnership, a consulting firm that was paid to do the research by the industries that use steel and were hurt the most by the tariff. The Peterson Institute for International Economics, an independent think tank, said it's difficult to assess exact job losses solely from the tariffs, but their experts concluded that there were “net job losses” with few new jobs created in steel factories. Total steel jobs actually fell by over 13,000 during the tariff period, according to Labor Department statistics."

FRENCH President Emmanuel Macron has snubbed trade talks between Brussels and the US over Donald Trump ‘s dismissal of climate change policies.

The young Frenchman attempted to speak for all of Europe before stating that France as a member state “opposes” the EU-US deal, before urging other member states to “fight” with Paris. He told his Twitter followers: “We defend an exemplary Europe for the climate. France opposes the launching of a trade negotiation with the United States that is outside the Paris Agreement. “This fight, France does not wear it alone but it must make his voice heard in a moment of truth. It is the long-term European project that is at stake. “France will continue to raise its climate commitment, with concrete proposals: reduction of pesticides, carbon neutrality in 2050, food safety.”

His demand for Europe-wide backing was widely mocked on social media.

One Twitter user said: “Sir, look at your economic results before teaching everyone. Pathetic, loss of credibility and inaudible.”

He added a laughing emoji at the end of his scathing reply.

Another, referring to the next elections in France, warned: “In 2020, it will be on again.”

Another commenter, referring to Mr Macron himself, said:

“Whenever he speaks he does the opposite or he lies it’s a crazy thing if there was a scale of hypocrisy it would be the Macron scale.”

Despite the 41-year-old’s snub of the talks between Washington and Brussels, the EU is going ahead with them regardless because all the other 27 member states gave them the green light.