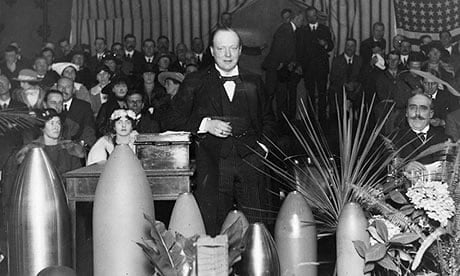 The use of chemical weapons in Syria has outraged the world. But it is easy to forget that Britain has used them – and that Winston Churchill was a powerful advocate for them.

Secrecy was paramount. Britain's imperial general staff knew there would be outrage if it became known that the government was intending to use its secret stockpile of chemical weapons. But Winston Churchill, then secretary of state for war, brushed aside their concerns. As a long-term advocate of chemical warfare, he was determined to use them against the Russian Bolsheviks. In the summer of 1919, 94 years before the devastating strike in Syria, Churchill planned and executed a sustained chemical attack on northern Russia.

The British were no strangers to the use of chemical weapons. During the third battle of Gaza in 1917, General Edmund Allenby had fired 10,000 cans of asphyxiating gas at enemy positions, to limited effect. But in the final months of the first world war, scientists at the governmental laboratories at Porton in Wiltshire developed a far more devastating weapon: the top secret "M Device", an exploding shell containing a highly toxic gas called diphenylaminechloroarsine. The man in charge of developing it, Major General Charles Foulkes, called it "the most effective chemical weapon ever devised".

Trials at Porton suggested that it was indeed a terrible new weapon. Uncontrollable vomiting, coughing up blood and instant, crippling fatigue were the most common reactions. The overall head of chemical warfare production, Sir Keith Price, was convinced its use would lead to the rapid collapse of the Bolshevik regime. "If you got home only once with the gas you would find no more Bolshies this side of Vologda."The cabinet was hostile to the use of such weapons, much to Churchill's irritation. He also wanted to use M Devices against the rebellious tribes of northern India. "I am strongly in favour of using poisoned gas against uncivilised tribes," he declared in one secret memorandum. He criticised his colleagues for their "squeamishness", declaring that "the objections of the India Office to the use of gas against natives are unreasonable. Gas is a more merciful weapon than [the] high explosive shell, and compels an enemy to accept a decision with less loss of life than any other agency of war." 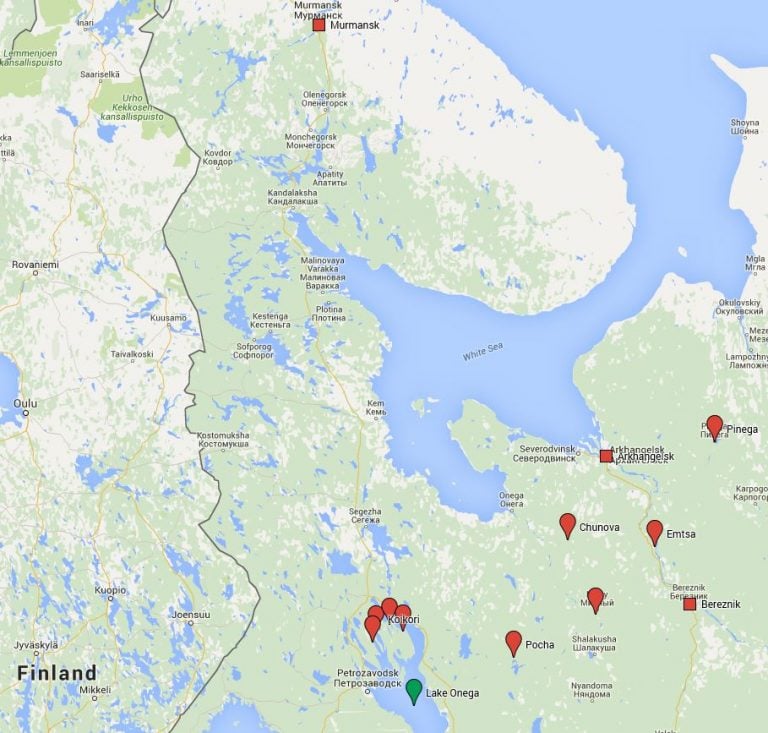 A map  showing those locations bombed with M gas bombs has been compiled. The airline distance from Murmansk to the Shunga Peninsula in Lake Onega is 700 km. This seems an unlikely distance for a WWI aircraft – 1,400 km return flight? Bereznik was 800 km return from Shunga, and only 480 km to Pocha for example. Archangel to Pinega was only 300 km return.

" He ended his memo on a note of ill-placed black humour: "Why is it not fair for a British artilleryman to fire a shell which makes the said native sneeze?" he asked. "It is really too silly."

A staggering 50,000 M Devices were shipped to Russia: British aerial attacks using them began on 27 August 1919, targeting the village of Emtsa, 120 miles south of Archangel. Bolshevik soldiers were seen fleeing in panic as the green chemical gas drifted towards them. Those caught in the cloud vomited blood, then collapsed unconscious.

The attacks continued throughout September on many Bolshevik-held villages: Chunova, Vikhtova, Pocha, Chorga, Tavoigor and Zapolki. But the weapons proved less effective than Churchill had hoped, partly because of the damp autumn weather. By September, the attacks were halted then stopped. Two weeks later the remaining weapons were dumped in the White Sea. They remain on the seabed to this day in 40 fathoms of water. "

Ira Jones in his 1938 book “An Air Fighter’s Scrapbook” recounts how they travelled by ship from Leith in Scotland, arriving at Archangel (Archangelsk) in Russia in June and leaving again in September 1919. This was a volunteer RAF unit, known locally as No.3 Squadron under Geoffrey “Beery” Bowman. This period almost exactly coincides with Henry’s Service Record NREF period (4th July – 14th September 1919). Ira Jones reports are all from the Archangel and Bereznik airfield area with no mention of the use of gas, apart from one brief aside. He mentions a colleague (Roddy Waugh) involved in August with gas bombing from the air at Pinega – east of Archangel and Beresnik.

Simon Jones (1999) however, records the use of “M bombs” delivered from the air by the Archangel and presumably Beresnik based RAF between 27th August and 4th September 1919 on the villages of Emtsa Station, Chunova, Plesetskaya Station, Vikhtova and Pocha. Soon afterwards (12-22 September 1919) they were dropped from the air by Murmansk based RAF aircraft on the villages of Kavgora, the Chorga line, Lijma, Mikheeba Selga, Tavoigor(a), Zapolki and Koikori on the Shunga Peninsula of Lake Onega. Following this, all M devices were in theory dumped in the White Sea as the British withdrew, although some evidence suggests the Russians were provided with a number (Jones 1999). ... " 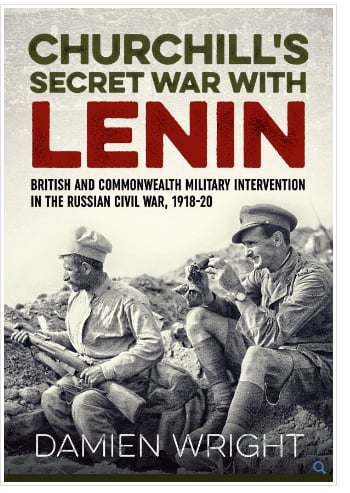 Henry Alfred Hillman survived World War One. Those who died gave their lives.

Many of those who lived through it all gave the rest of their lives as the result of their horrific experiences!

My Great Uncle – Henry Alfred Hillman – was to me as a child, a mysterious person whom I never met – he died two years before I was born. I learned about him from my father, who described how his war service had unsettled him, and he was never “quite right” afterwards. My father could only tell me that he had fought in the First World War, that he had been gassed, and that he had served in Russia, and had never really recovered from his experiences.

Many years later I began to do research on Great Uncle Henry – fondly known to my father as “Uncle Alfie” from his second name. I quickly came up against a brick wall with the attempt to acquire his service record from the Historical Disclosures Section of the Army Personnel Centre. I even had his Service Number, or so I thought, from a photo card of which I have copies, that he sent to a number of relatives. The response came back that there was no trace found for the name or number, and thus his record must be one of those lost to fire during the Second World War. I also learned later that Service Numbers were not necessarily with a man throughout the War, but could be changed on transfers.

So there he remained – a mystery – until I happened to mention him to a person we met in Australia. She put the query out over the wires, and by the next morning he had been found – in the Royal Flying Corps – not in the Army at all. His Service Record was quickly found and provided the basis for further research.

Henry’s Service Record indicates that he was with the North Russia Expeditionary Force between the dates of 4th July 1919 and 14th September 1919. This is a period of a little over two months – or 73 days to be exact. It is not clear from the record whether the dates are inclusive of the period in Russia, or include periods during which he was travelling there and back – most likely by sea. There is a gap of six weeks between his record at RAF Halton (19th May 1919) and his transfer to the North Russian Expeditionary Force (4th July 1919). He was “dispersed” from RAF Blandford to RAF Halton only a month after his time with the NREF ended on 13th October 1919 where his Service Record ends.

No information has been found as to where he was based while in Russia, nor how he was involved, other than that he was a “cook”. His promotion record indicates that by January 1918 he was an Air Mechanic, 3rd Class with the RFC, and shortly afterwards on 1st April 1918 a Private, 2nd Class. " ... Henry joined up late in the War in mid 1917. He recorded his Will, and wrote a letter to his parents and siblings the day before he joined up on 18th June 1917. He was just 23 years old. We do not know why he waited so long before enlisting. It is evident he saw his duty as being to England, and not any King nor Government. His thoughts prior to departing are recorded in the letter to his parents, reproduced as an annex below. In 1918 he transferred to the Royal Flying Corps, which evolved into the Royal Air Force by April of the same year.

Apart from the dates on his Service Record of his time in Russia, it has not been possible to obtain any further information on what he actually did or where he travelled in North Russia. However, reading between the lines in his letters to his brother (my Grandfather) later in life, and background reading on the later stages of the War in Russia, a likely scenario emerges.

He clearly suffered from his experiences, and this remained with him for the rest of his life, to his death from emphysema and heart degeneration in 1946, aged only 52. This is further borne out by the letters he sent to his brother, while he – Henry – travelled to Australia for a year in 1933 “to get away from it all”. The letters contain the phrases –

“Giving his nerves a rest”

“get rested a bit more”

“get over my trouble”

“I cannot break off that telepathic connection”

So what on earth happened that he felt like this, and how did he come to suffer from a gas attack, sometime after gas had last been used, and then on the Western Front where he did not serve?

We have found no direct evidence, but there are a number of events during the very brief North Russia  Expeditionary Force existence that may well indicate what these experiences were. 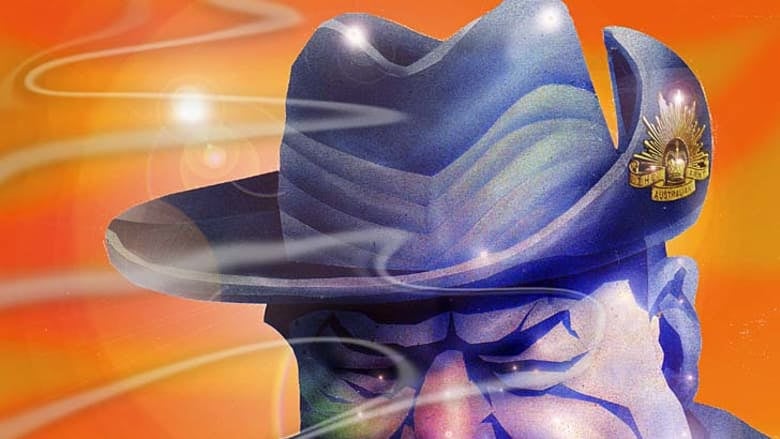 Gallipoli was not Churchill's great folly

Most remember Winston Churchill as foreseeing the Nazi threat, winning World War II and pronouncing the arrival of the Iron Curtain. Lesser known is his role in World War I where the Gallipoli campaign is regarded as the stain on an otherwise colossal record. The approaching centenary of World War I is a good time to set the record straight: Churchill was right to propose Gallipoli and right to oppose the withdrawal.

The great and worthy goal of the campaign has been obscured by its retelling in a myth of courage and futility that is only half true. Gallipoli was all about Russia.

On August 4, 1914, Britain joined France and Russia in a war against the German and Austro-Hungarian Empires. One significant European power was yet to declare its allegiances. From modern-day Turkey, the Ottoman Empire had ruled the Middle East - and at times, large parts of Europe - for 600 years. Some of the sultan's advisers argued for the Allies and others for the Germans, while the sultan himself preferred neutrality.

Three months into the war the Germans were winning everywhere. They outbid the British, offering the sultan £5 million and a cherry on top - the end of British influence in the Middle East. In an empire-ending miscalculation, the sultan declared war on the Allies.

Russia was now surrounded. The tsar pleaded with London and Paris for grain and guns. Others in the war cabinet saw Russia as a distraction from the German armies in nearby France but Churchill, first lord of the Admiralty, recognised the gravity of the tsar's position. He knew that if Russia fell, the entire German war machine would be hurled at the West and an ally would be cast into the abyss. 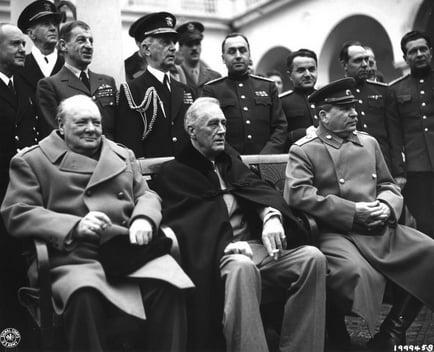